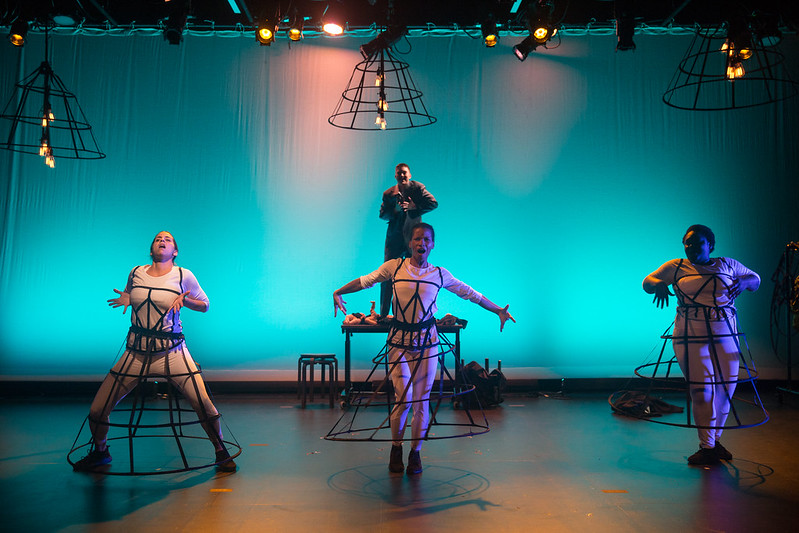 “No Pants in Tucson” with talk back with author Hugh Ryan

The Anthropologists continue their “Re-Setting The Table” series, uniting artists, activists, and experts in a rich dialogue about gender and public policy. The next episode will be facilitated by Linnea Valdivia (Dramaturg, No Pants in Tucson), featuring critically acclaimed author Hugh Ryan. Hailed by the New York Times as one of the best books of 2022, “The Women’s House of Detention: A Queer History of a Forgotten Prison” tells the stories of women, transgender men, and gender-queer inmates who were imprisoned for being “improperly feminine.” In this installment of “Re-setting the Table,” Ryan and Valdivia will discuss how the shared message of Ryan’s book and The Radicals Tour is vital to understanding our current moment of increased interpersonal and legislative violence toward LGBTQ+ individuals. This conversation will take place immediately following the October 13 performance of No Pants In Tucson.

Live ASL Interpretation will be provided by Inclusive Communication Services.

Hugh Ryan (Author/Guest Speaker) is a writer and curator, and most recently, the author of “The Women’s House of Detention: A Queer History of a Forgotten Prison,” which New York Magazine called one of the best books of 2022. His first book, When Brooklyn Was Queer, won a 2020 New York City Book Award, was a New York Times Editors’ Choice in 2019, and was a finalist for the Randy Shilts and Lambda Literary Awards. He was honored with the 2020 Allan Berube Prize from the American Historical Association. Since 2019, he has worked with the NYC Dept. of Education to develop LGBTQ+ inclusive educational materials and trainings.

The Radicals Tour is a three-city festival showing two original works, No Pants in Tucson and Artemisia’s Intent, with related programming, at FRIGID at The Kraine Theatre (NYC), The Hartford Fringe Festival, and Hofstra University. The Radicals Tour unites two of the women-led theatre company’s most powerful plays about fighting for gender equality in the face of oppression. These research-based plays celebrate historical figures who defied the gender standards of the time and examine how their circumstances forebodingly reflect our own in 2022.

The Anthropologists is dedicated to the creation of investigative theatre that physicalizes research to interrogate a cultural issue while nurturing intimate community and audience relationships. Formed in 2008, The Anthropologists create original, ensemble-devised theatre inspired by found text, source material and cultural artifacts, guided by rigorous dramaturgy. Their movement-based training is inspired by Viewpoints, Biomechanics, Tectonic Theatre Company, Liz Lerman and Doug Varone, along with other techniques and visionary teachers.

Re-Setting the Table is a conversation series that unites artists, activists and experts to engage in a rich dialogue about gender and public policy. The Anthropologists’ motto – “where art meets action” – conveys their commitment to providing avenues for activism and civic engagement, which they’ve done with over 25 partner organizations and experts since their founding in 2008. The Anthropologists’ programming builds community and provokes conversation through live events.